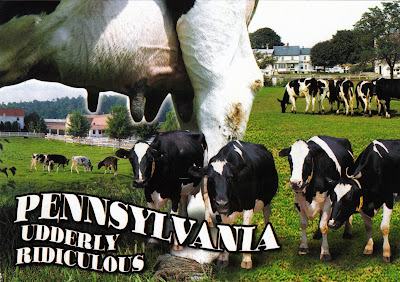 I received Postcrossing postcard after a very long time. Lately i do only private swaps, so it's a little bit refreshing to receive surprise postcard. This one is from Pennsylvania, a state located in the northeastern and Mid-Atlantic regions of the United States. The Appalachian Mountains run through its middle. Pennsylvania is the 33rd-largest state by area, and the 6th-most populous state according to the last official US census count in 2010. It is the 9th-most densely populated of the 50 states. Pennsylvania's two most populous cities are Philadelphia (1,567,872), and Pittsburgh (303,625). The state capital and its 15th largest city is Harrisburg.

Posted by Branislav Ignjatov at 00:56