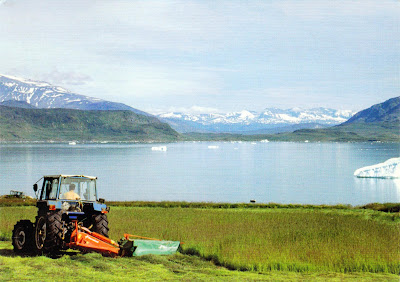 This is my second postcard from Greenland. First one was with flag, this is first view postcard. It shows harvesting and baling hay in South Greenland with nice background with frozen mountains.
South Greenland was a Danish colony on Greenland consisting of the trading centers and missionary stations along the southwest coast of the island. Its capital was at Godthaab, (today Nuuk). Boundary between South and North Greenland ran at around 68°N degree of latitude, and in the South, South Greenland stretched to 59°30'N. It was united with North Greenland in 1950. 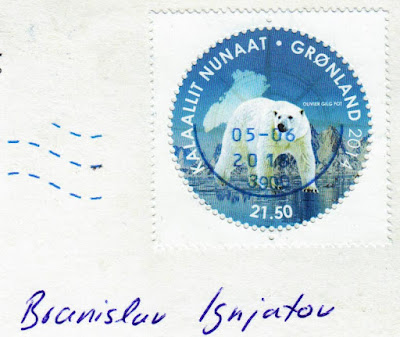 Posted by Branislav Ignjatov at 14:15