Flags of the World Series: Portugal 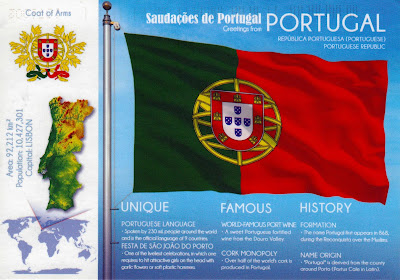 Portugal is a country located mostly on the Iberian Peninsula in southwestern Europe. It is the westernmost country of mainland Europe, bordered to the west and south by the Atlantic Ocean and to the north and east by Spain. Its territory also includes the Atlantic archipelagos of the Azores and Madeira, both autonomous regions with their own regional governments. 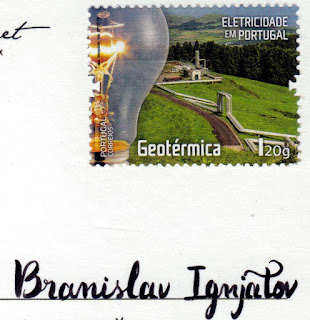 Stamp is Geothermic Plant of Ribeira Grande (from set Electricity in Portugal), issued on 19.3.2018.
Stamp is not cancelled, because postal clerk put wrong side of postcard in machine. You can see machine cancellation on upper part of front side of postcard :)

Posted by Branislav Ignjatov at 00:15