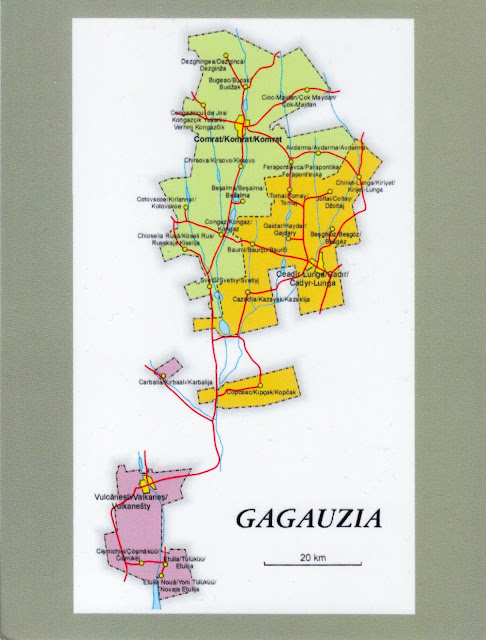 Gagauzia or Gagauz Yeri is an autonomous region of Moldova. Its name comes from the Gagauz people. According to some theories, the Gagauz people descend from the Seljuq Turks who settled in Dobruja following the Anatolian Seljuq Sultan Izzeddin Keykavus II (1236–1276). They may be descended from Pechenegs, Uz (Oghuz) and Cuman (Kipchak) peoples. According to other theories, Gagauz are descendants of Kutrigur Bulgarians. In the official Gagauz museum, a plaque mentions that one of the two main theories is that they descend from the Bulgars.

Support for the Soviet Union remained high in Gagauzia, with a referendum in March 1991 returning an almost unanimous vote in favor of remaining part of the USSR. Many Gagauz supported the Moscow coup attempt in August 1991, and Gagauzia declared itself an independent republic on 19 August 1991. On 2 February 2014, Gagauzia held a referendum. An overwhelming majority of voters opted for closer ties with Russia over EU integration. They also said they preferred the independence of Gagauzia if Moldova chooses to enter the EU. 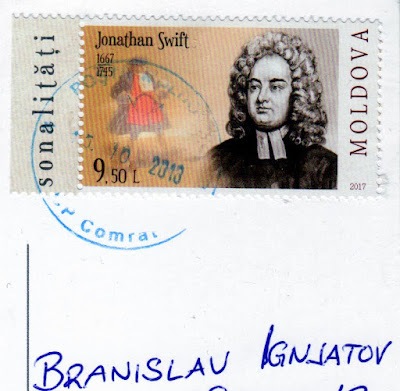 Gagauzia doesn't have separate postal system, they use Moldovan post and Moldovan stamps.

Posted by Branislav Ignjatov at 01:04