Postcard from Tarawa, capital of Kiribati 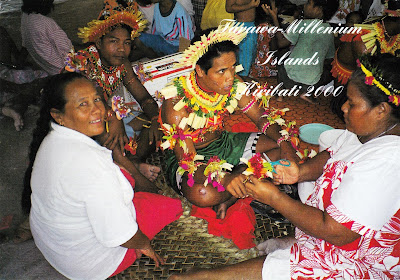 Tarawa is an atoll and the capital of the Republic of Kiribati, in the central Pacific Ocean. It comprises North Tarawa, which has much in common with other, more remote islands of the Gilberts group; and South Tarawa, which is home to 56,284 people as of 2010 – half of the country's total population. The atoll is best known by outsiders as the site of the Battle of Tarawa during World War II. 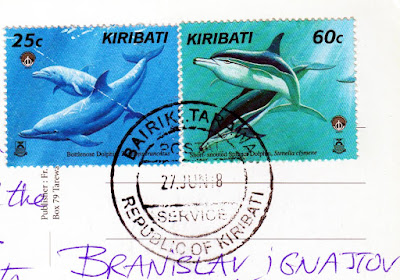 This two fantastic stamps are from set Whales and Dolphins, issued on 1.10.1998.

Posted by Branislav Ignjatov at 00:34