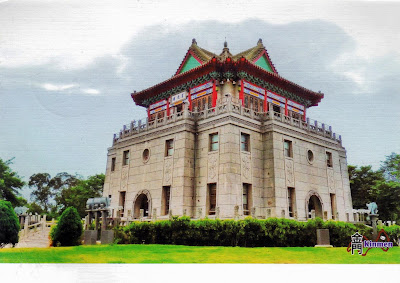 Juguang Tower was completed in 1953, originally built to commemorate the battles of Guningtou and the 823 Artillery War (aka Second Taiwan Strait Crisis), two battles in which the KMT forces held back the Communists from invasion. It was built in Nanjing style, the original capital of the ROC. The tower is three stories high with galleries and historic exhibits throughout its halls. Now the tower also has many exhibitions featuring the local art and culture of the Kinmen people.  Often it is the first stop for tourists visiting Kinmen. 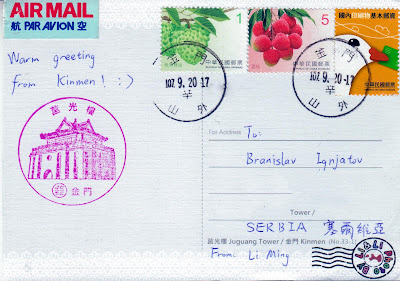 Posted by Branislav Ignjatov at 01:11