Postcard from Lhasa, capital of Tibet 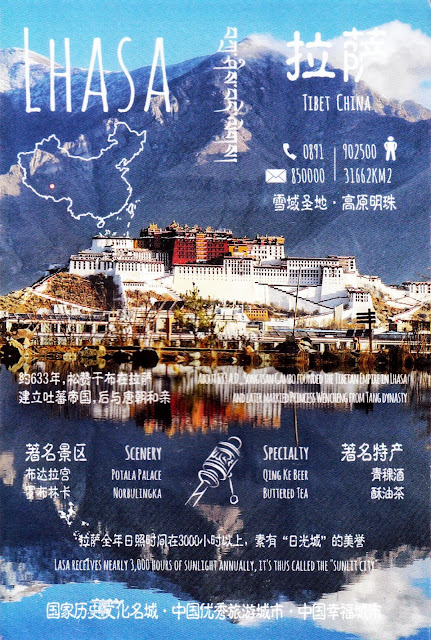 Lhasa is a city and the administrative capital of the prefecture-level city Lhasa, Tibet Autonomous Region of China.  Tibetan Buddhism and monastic life have been dominant aspects of the local culture since the 7th century. Most of the monasteries were destroyed during the Cultural Revolution, but since then many have been restored and serve as tourist attractions. The prefecture-level city roughly corresponds to the basin of the Lhasa River, a major tributary of the Yarlung Tsangpo River. It lies on the Lhasa terrane, the last unit of crust to accrete to the Eurasian plate before the continent of India collided with Asia about 50 million years ago and pushed up the Himalayas. The terrain is high, contains a complex pattern of faults and is tectonically active. The temperature is generally warm in summer and rises above freezing on sunny days in winter. Most of the rain falls in summer. The upland areas and northern grasslands are used for grazing yaks, sheep and goats, while the river valleys support agriculture with crops such as barley, wheat and vegetables. Wildlife is not abundant, but includes the rare snow leopard and black-necked crane. 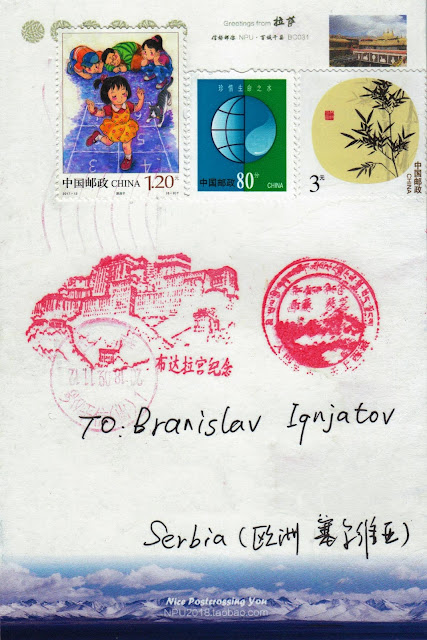 Posted by Branislav Ignjatov at 18:20