Russia: Zabivaka, the official mascot of the 2018 FIFA World Cup 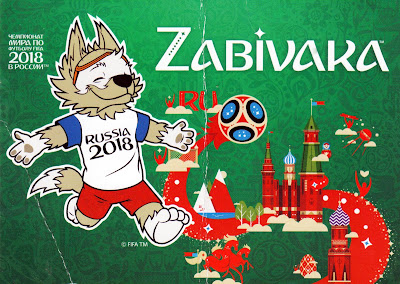 This postcard was probably stuck long time somewhere in postal system. It arrived damaged and after many months of traveling. Zabivaka (Russian: Забива́ка, "Goalscorer") is the official mascot of the 2018 FIFA World Cup, which was held in Russia. The mascot was selected by internet voting in Russia, and its author is student designer Ekaterina Bocharova. 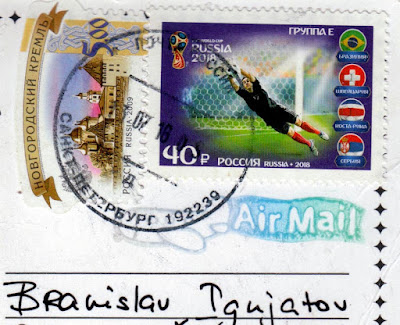 Posted by Branislav Ignjatov at 00:19